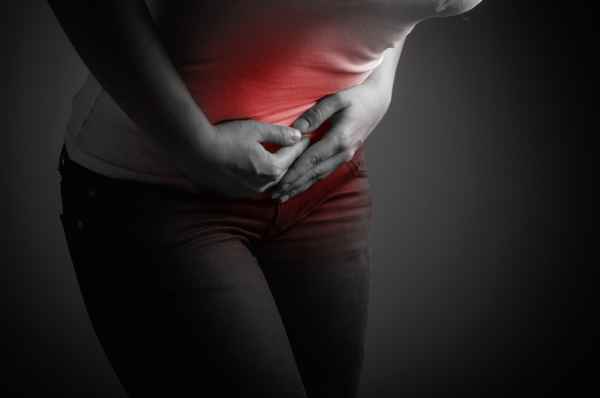 Pelvic inflammatory disease (PID) comprises a spectrum of inflammatory disorders of the upper female genital tract, including any combination of endometritis, salpingitis, tubo-ovarian abscess, and pelvic peritonitis (728). Sexually transmitted organisms, especially N. gonorrhoeae and C. trachomatis, are implicated in many cases. Recent studies suggest that the proportion of PID cases attributable to N. gonorrhoeae or C. trachomatis is declining; of women who received a diagnosis of acute PID, <50% test positive for either of these organisms (270,729,730). Microorganisms that comprise the vaginal flora (e.g., anaerobes, G. vaginalis, Haemophilus influenzae, enteric Gram-negative rods, and Streptococcus agalactiae) have been associated with PID (731). In addition, cytomegalovirus (CMV), M. hominis, U. urealyticum, and M. genitalium might be associated with some PID cases (264,265,267,732). Newer data suggest that M. genitalium might play a role in the pathogenesis of PID (270,487) and might be associated with milder symptoms (267), although one study failed to demonstrate a significant increase in PID following detection of M. genitalium in the lower genital tract (733). All women who receive a diagnosis of acute PID should be tested for HIV, as well as gonorrhea and chlamydia, using NAAT. The value of testing women with PID for M. genitalium is unknown, and there is no commercially available diagnostic test that has been cleared by FDA for use in the United States (see Mycoplasma genitalium).

Screening and treating sexually active women for chlamydia reduces their risk for PID (456,682). Although BV is associated with PID, whether the incidence of PID can be reduced by identifying and treating women with BV is unclear (731,734).

Acute PID is difficult to diagnose because of the wide variation in symptoms and signs associated with this condition. Many women with PID have subtle or nonspecific symptoms or are asymptomatic. Delay in diagnosis and treatment probably contributes to inflammatory sequelae in the upper reproductive tract. Laparoscopy can be used to obtain a more accurate diagnosis of salpingitis and a more complete bacteriologic diagnosis. However, this diagnostic tool frequently is not readily available, and its use is not easily justifiable when symptoms are mild or vague. Moreover, laparoscopy will not detect endometritis and might not detect subtle inflammation of the fallopian tubes. Consequently, a diagnosis of PID usually is based on imprecise clinical findings (735,736).

Data indicate that a clinical diagnosis of symptomatic PID has a PPV for salpingitis of 65%–90% compared with laparoscopy (737-739). The PPV of a clinical diagnosis of acute PID depends on the epidemiologic characteristics of the population, with higher PPVs among sexually active young women (particularly adolescents), women attending STD clinics, and those who live in communities with high rates of gonorrhea or chlamydia. Regardless of PPV, no single historical, physical, or laboratory finding is both sensitive and specific for the diagnosis of acute PID. Combinations of diagnostic findings that improve either sensitivity (i.e., detect more women who have PID) or specificity (i.e., exclude more women who do not have PID) do so only at the expense of the other. For example, requiring two or more findings excludes more women who do not have PID and reduces the number of women with PID who are identified.

Many episodes of PID go unrecognized. Although some cases are asymptomatic, others are not diagnosed because the patient or the health-care provider fails to recognize the implications of mild or nonspecific symptoms or signs (e.g., abnormal bleeding, dyspareunia, and vaginal discharge). Even women with mild or asymptomatic PID might be at risk for infertility (740). Because of the difficulty of diagnosis and the potential for damage to the reproductive health of women, health-care providers should maintain a low threshold for the diagnosis of PID (729). The following recommendations for diagnosing PID are intended to help health-care providers recognize when PID should be suspected and when additional information should be obtained to increase diagnostic certainty. Diagnosis and management of other common causes of lower abdominal pain (e.g., ectopic pregnancy, acute appendicitis, ovarian cyst, and functional pain) are unlikely to be impaired by initiating antimicrobial therapy for PID.

Presumptive treatment for PID should be initiated in sexually active young women and other women at risk for STDs if they are experiencing pelvic or lower abdominal pain, if no cause for the illness other than PID can be identified, and if one or more of the following minimum clinical criteria are present on pelvic examination:

The requirement that all three minimum criteria be present before the initiation of empiric treatment could result in insufficient sensitivity for the diagnosis of PID. After deciding whether to initiate empiric treatment, clinicians should also consider the risk profile for STDs.

More elaborate diagnostic evaluation frequently is needed because incorrect diagnosis and management of PID might cause unnecessary morbidity. For example, the presence of signs of lower-genital–tract inflammation (predominance of leukocytes in vaginal secretions, cervical exudates, or cervical friability), in addition to one of the three minimum criteria, increases the specificity of the diagnosis. One or more of the following additional criteria can be used to enhance the specificity of the minimum clinical criteria and support a diagnosis of PID:

The most specific criteria for diagnosing PID include:

A diagnostic evaluation that includes some of these more extensive procedures might be warranted in some cases. Endometrial biopsy is warranted in women undergoing laparoscopy who do not have visual evidence of salpingitis, because endometritis is the only sign of PID for some women.

PID treatment regimens must provide empiric, broad spectrum coverage of likely pathogens. Several parenteral and oral antimicrobial regimens have been effective in achieving clinical and microbiologic cure in randomized clinical trials with short-term follow-up (741,742). However, only a limited number of investigations have assessed and compared these regimens with regard to elimination of infection in the endometrium and fallopian tubes or determined the incidence of long-term complications (e.g., tubal infertility and ectopic pregnancy) after antimicrobial regimens (730,735,743). The optimal treatment regimen and long-term outcome of early treatment of women with subclinical PID are unknown. All regimens used to treat PID should also be effective against N. gonorrhoeae and C. trachomatis because negative endocervical screening for these organisms does not rule out upper-reproductive–tract infection. The need to eradicate anaerobes from women who have PID has not been determined definitively. Anaerobic bacteria have been isolated from the upper-reproductive tract of women who have PID, and data from in vitro studies have revealed that some anaerobes (e.g., Bacteroides fragilis) can cause tubal and epithelial destruction. BV is present in many women who have PID (731,734). Until treatment regimens that do not cover anaerobic microbes have been demonstrated to prevent long-term sequelae (e.g., infertility and ectopic pregnancy) as successfully as the regimens that are effective against these microbes, the use of regimens with anaerobic activity should be considered. Treatment should be initiated as soon as the presumptive diagnosis has been made, because prevention of long-term sequelae is dependent on early administration of appropriate antibiotics. When selecting a treatment regimen, health-care providers should consider availability, cost, and patient acceptance (742). In women with PID of mild or moderate clinical severity, parenteral and oral regimens appear to have similar efficacy. The decision of whether hospitalization is necessary should be based on provider judgment and whether the woman meets any of the following suggested criteria:

No evidence is available to suggest that adolescents have improved outcomes from hospitalization for treatment of PID, and the clinical response to outpatient treatment is similar among younger and older women. The decision to hospitalize adolescents with acute PID should be based on the same criteria used for older women.